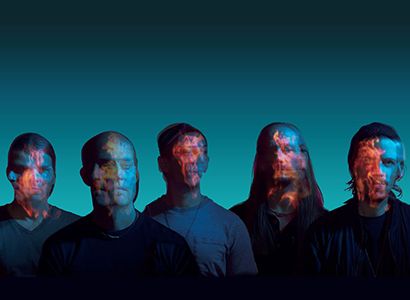 Proof of COVID Vaccination for Entry to all JAS June Experience Performances!

Attendees will need to show proof at the door of the venue of a complete vaccination at a minimum of two weeks prior to the event.

The JAS June Experience includes four nights of music in multiple venues spread across the Downtown Aspen core. General Admission attendees will enjoy three acts nightly in diverse venues, all within a short stroll of one another. Experience VIP at the private downtown donor tent with catered dinner, open bars and private concerts, plus shows at two additional venues. Tickets for single shows are also available. Should COVID restrictions allow for increased capacities additional inventory will be released.

Denver-based funk & soul ensemble The Motet kicked off 2021 with the release of "And the Beat Goes On," recording sessions for a new album, and their first shows back in April., Now the band is excited to announce a return to Red Rocks for their 6th annual headline celebration filled with special guests.

Since 1998, The Motet have inspired the world with their unique style of dance music. Over the course of nine full-length albums, they’ve traversed the lines between funk, soul, jazz, and rock and built a diehard audience in the process. They’ve headlined Red Rocks Amphitheatre five times and sold out countless legendary venues coast-to-coast. In addition to racking up nearly 20 million total streams and views, they’ve also garnered widespread acclaim from numerous publications including Relix, Glide Magazine, and AXS. The band has also graced the stages of festivals such as Bonnaroo, Bottlerock, Electric Forest, Bumbershoot, Summer Camp, and High Sierra.