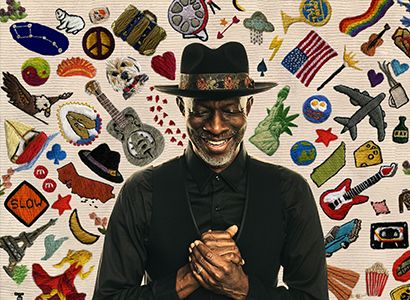 Belly Up Aspen will be open at 100% capacity with no mask or social distancing requirements.

Per the latest Pitkin County order, at least 80% of attendees must be fully vaccinated. The remaining 20% or less can take a Covid test within 72-hours of the show.

Proof of vaccination or a negative Covid test will be required for entry. Customers must be fully vaccinated 14-days prior to the show.

To achieve the required 80% vaccination/20% negative test ratio, shows will have “vaccination” and “negative test” ticket types. Attendee’s must buy the ticket type that corresponds with what their status will be on the date of the show.

Further details about vaccination and negative test verification processes will be distributed in the near future.

Reserved seating is available for $115 and guarantees a seat in the reserved section. If necessary, groups will be paired together at tables. Seating is based on time of purchase and the configuration of groups.

There is a ticket limit of 2 GA OR 6 RESERVED per customer based on address, credit card, email address, or other information. Multiple accounts may not be used to exceed these ticket limits. Limits for each show may vary and are listed on the individual show purchase page.

Orders exceeding published limits, or any tickets purchased for resale, or the resale or attempted resale of any ticket at a price greater than face value is a violation of our ticketing policy and we may cancel a portion or all of such orders without notice.  Ticketing violations may result in the  prohibition of future ticket purchases. In each such case, service fees charged for the purchase of tickets may be retained by Belly Up Aspen.  We reserve the right to change the delivery method from Digital Delivery to Will Call for release on the night of the show.

Tickets purchased from any source other than bellyupaspen.com or seetickets.us may not be valid and in such case, you will be denied entry to the show.

Inquiries should be made to ticketing@bellyupaspen.com.

ALL SALES ARE FINAL AND WE DO NOT OFFER REFUNDS OR EXCHANGES, EXCEPT FOR CANCELED OR POSTPONED EVENTS (REFER TO SPECIFIC EVENT FOR DETAILS).

Three-time Grammy winner and visionary roots-music storyteller Keb’ Mo’ embarks on a new chapter in his career with the April 22 release of ‘BLUESAmericana’ on Kind of Blue Music. His twelfth full-length album marks the 20th anniversary of his debut ‘Keb’ Mo’,’ but, more important, the disc is a signpost of artistic and personal growth.

“I only make albums when I’m inspired to, and these 10 songs come from a very honest place,” Keb’ relates. “’BLUESAmericana’ is the beginning of the next phase of who I am.” The disc will be accompanied by Keb’s most extensive tour in years.

Achieving this wasn’t easy. In the period since the unveiling of 2011’s ‘The Reflection’ — which paired Keb’ with India.Arie, Vince Gill, Dave Koz and Marcus Miller while spotlighting eclectic, virtuoso performances — Keb’ and his wife, Robbie, persevered through a challenging patch in their marriage.

“I had to learn more about myself,” Keb’ says, “and in doing that I felt a personal shift.”

That learning process and its happy resolution yielded many of ‘BLUESAmericana’ ’s songs. At its core, the album is about love and understanding. Those qualities are expressed in some of the most poignant and joyfully melodic numbers Keb’ has ever recorded. Many of them, including the pledge of commitment “Do It Right” and the reflective “For Better Or Worse,” assay devotion and marriage. The thorny, comic “The Worst is Yet To Come” is about hope, despite the hilarious laundry list of pitfalls its protagonist endures as he searches for a silver lining. And “Somebody Hurt You” is, in Keb’s words, “where the blues meets the church.” That number features Rip Patton, a longtime friend and Civil Rights era Freedom Rider, on beatific bass vocals.

“My first intention was to make a stripped-down acoustic album — just me and my guitar playing some songs. But” — Keb’ laughs — “I couldn’t do it! I love ensembles so much.”

Acoustic guitars do feature prominently in these arrangements, which boast plenty of textural flesh via electric and resonator slide guitars, mandolin, percussion, keyboards, reeds and horns, but still reveal the gorgeously chiseled architecture of their bare bones origins. The album was co-produced by Keb’ Mo’ and Casey Wasner. Recording started with Keb’ and Casey setting up in Keb’s home studio just outside of Nashville. Then Keb’ and drummer Keio Stroud laid down the basic tracks.

“Keio and I set the tone for the album,” explains Keb’, who played most of the guitars on ‘BLUESAmericana,’ several of the bass guitar parts, keyboards and percussion. “I wanted everything on the album to be as pure a statement from me as possible. Even when I called another musician to play a part, I had already recorded a template of what that part should be, to guide them.”

Keb’s favorite number is the ebullient “I’m Gonna Be Your Man,” a dynamo of a song that starts with a steel resonator guitar and powers through its blues foundation to more free-ranging sonic terrain. “It’s about chasing what you want,” he explains. “I used to be the kind of guy who lived in fear of the ‘smack-down,’ but I’ve realized it is very romantic to pursue a woman and be willing to accept rejection.”

Another highlight is “The Old Me Better,” recorded with a New Orleans Second Line feel and co-penned with his longtime friend and writing partner John Lewis Parker. “As one delves into the life of holy matrimony and the wife being the ‘boss,’ one longs for the old days of being footloose and fancy free,” Keb’ relates. “This song is a humorous way of looking at the fact that maybe it wasn’t better than it is now, but it sure seems like it was at certain times.” The song gets its Crescent City sound from guest artists the California Feetwarmers, a band Keb’ discovered playing a birthday party he attended at a home in L.A.’s Topanga canyon. “When I heard them play, I knew that was the sound I wanted for the song,” he notes.

The album closes with the lovely, poetic “So Long Goodbye.” Keb’ wrote the lyrics during a flight while on tour. “Every word is true and honest,” he reflects. “I think this song is so personal that I was emotionally paralyzed by it. I didn’t know what to do with it musically.” He shared the lyrics with fellow songwriter Rebecca Correia, who crafted the melody. Robbie Brooks Moore sings on the recording, “so that brings it around full circle for me,” Keb’ says.

‘BLUESAmericana’ represents the second time Keb’ has undergone a personal transformation. The first began in 1984 in his native Los Angeles, where he’d worked hard to get record and publishing deals and establish himself as a studio musician under his given name Kevin Moore, and then saw all of that dissipate.

“I was convinced my career was over, and that if I was lucky I’d be able to play blues gigs for $40 or $50 a night… if I was lucky,” he recounts. He was very lucky. Kevin got a gig in a blues combo with saxist Monk Higgins and guitarist Charles “Charlie Tuna” Dennis, who today plays rhythm six-string behind B.B. King.

“Until then I thought there was just two kinds of blues — fast and slow,” says Keb’. “Charlie taught me that there are all kinds of blues: Delta blues, Texas blues, Chicago blues, soul-blues… I started opening my mind and learning how deep the blues was.” His discovery of historic blues artists Robert Johnson and “Big” Bill Broonzy also resonated profoundly, and over the next decade Kevin developed a sound that blended their acoustic framework with the pop, R&B, rock, jazz and soul that had previously stoked his compositions.

“I never set out to be a ‘blues guy’, ” he explains, “but the blues is very powerful and fuels what I do. The blues puts the ‘realness’ in it for me.”

By 1994 Moore was signed to a major label again. He determined to celebrate his creative rebirth by adopting the new moniker Keb’ Mo’. His first album under that name, ‘Keb’ Mo’,’ earned gold-record status. The second Keb’ Mo’ album, ‘Just Like You,’ won the Grammy Award for Contemporary Blues Album — a feat he’s repeated twice since then, with 1999’s ‘Slow Down’ and 2005’s ‘Keep It Simple.’

Over the past two decades Keb’ has cultivated a reputation as a modern master of American roots music through the understated excellence of his live and studio performances. His songs have been recorded by B.B. King, Buddy Guy, the Dixie Chicks, Joe Cocker and Robert Palmer, and his playing inspired leading instrument maker Gibson Brands to issue the Keb’ Mo’ Signature Bluesmaster acoustic guitar. He’s collaborated with a host of other artists including Bonnie Raitt, Jackson Brown, Cassandra Wilson, Buddy Guy, Amy Grant, Solomon Burke and Little Milton. Keb’ also performs the theme song for the smash sit-com ‘Mike & Molly’ and was music composer for TV’s ‘Memphis Beat.’

He’s no stranger to the stage and screen himself. Keb’s acting career began with an early ’90s Los Angeles production of Leslie Lee’s ‘The Rabbit Foot.’ He portrayed Robert Johnson in the 1998 documentary ‘Can’t You Hear the Wind Howl’ and appeared three times on the TV series ‘Touched By An Angel.’ He also played the ghostly bluesman Possum in John Sayles’ 2007 movie ‘Honeydripper.’

But Keb’ stresses that his focus will always be on making music and being a communicator, a songwriter.

“My job is to look for something that’s truthful,” he vows. “Lies are the hardest things in the world to remember, but the truth digs right inside me and it reaches other people, too. If a song is truthful, the way the songs on ‘BLUESAmericana’ are, I have a piece of that song inside of me so I can always deliver it from my heart.”